Git Cherry-Picking with VS Code -Part 1

In this blog, you will learn what is cherry-picking in Git and how to cherry-pick in Visual Studio code. If you want to pick some cherries keep reading.

So let’s talk about what is Git Cherry-pick

How does cherry-pick work

Next step you want to get Commit E from the development branch to your Release branch. So you need to checkout to Release branch and execute the following code

You can check out below link to know about how to find the commit hash of brach in the git https://stackoverflow.com/questions/9110478/how-to-find-the-hash-of-branch-in-git

After performing the above cherry-picking command, the structure looks like

When you applying to cherry-pick user point of you are applying the same commit(Commit E) to another branch (Release branch) but technically it’s a different commit because here In the example Commit E in Release branch is pointing to commit B. You can test this it’s pretty simple you could also select multiple commits instead of one by that it will make multiple commits for each of them.

How to cherry-pick without commit

A scenario like if you want to bring changes in but don’t want to commit it straight away, maybe you want to add some changes before commit. for doing this just add -n at the end of the cherry-picking command which is stands for no commits. Example 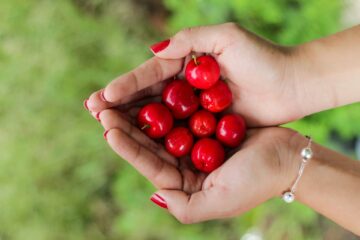 Git Cherry-Picking with VS Code -Part 2

Git Cherry-Picking with VS Code -Part 2